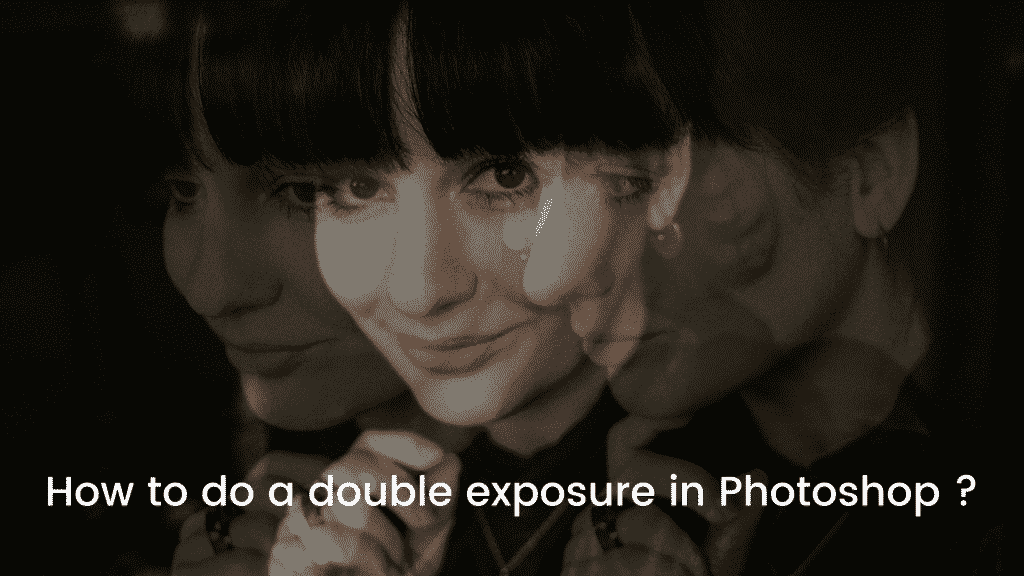 Double exposure is a creative technique that will allow you to develop your conceptual ability and abstraction when taking pictures. Perhaps it is one of the most innovative methods since you will have to mix two different photographs, which changes the game’s rules.

The sensations that these photographs convey are unique for their ability to metaphorize messages in themselves. That is why I have always believed that double exposures are the closest thing to poetry in the visual field.

The phrase “double exposure” can be a bit intimidating for those just starting, but only because they don’t know the technique. After this tutorial, I promise you that you will understand it and be willing to start practicing them to make a double exposure in Photoshop.

First of all, I want to clarify that the term “exposure” in photography refers to the correct way to make the right amount of light shine on our cameras’ sensor. In this case, it refers to the number of photos or shots we take on the same image, mixing two different photos or more in a single photograph.

In principle, with analog SLR cameras and photographic film, what was done was to block a button on the camera that allowed the shooting system to be loaded without the negative being shot. This created a double image effect on that negative, covering the entire image and requiring a correct exposure of each image to obtain a good result.

Currently, some digital cameras have this option available, making double exposure much easier since we can preview the result before taking the second photo. All this added to the appearance of photographic editing software such as Photoshop. Its possibilities expanded and developed, allowing much more impressive results to be achieved.

Now we can select the image areas that will be part of the double exposure, and this control has perfected the technique to excellent levels.

What can we do with double exposure?

Anything and more, surely you will be the first surprised when you see the results of your early “double exposures”: ghostly images superimposed textures or impossible reflections. These are just some possibilities that this technique will offer you.

It would be best if you thought about the message you want to convey before starting and look for the elements that best represent that idea. 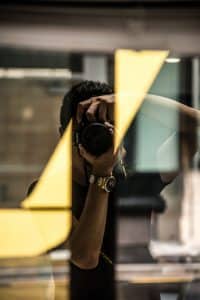 How do we do a “double exposure”?

There are several ways to do it, depending on the camera you have. If you have an analog film SLR, you should make sure that your camera has the opposing blocker we talked about before. This will allow you to shoot a second time negatively when loading the trigger system without running the film to the next negative. It is essential to know that not all cameras had this system ( an example of a camera model that did have this system is the Nikon FM2 ).

In the case of digital cameras, there is the possibility that the camera has this option within its menu, so you would only have to find the opportunity and enable it. The camera will do the same as the analog, allow you to shoot twice on the same image, resulting in the combination of both photos (some examples of models that have this feature are the Nikon D3100, D5100, and D7000).

Tips for your first photo overlays

“Double exposure” photography is perfect for experimentation so as not to take into account the rules. It is right there where it keeps its essence and central value. However, to make the process effective, you must consider some fundamental aspects to get good results in your first tests.

Here are some essential tips to get you off to a good start:

It would help if you took the first photograph where there is the main object: a person, an animal, a sculpture, a building, etc., that has a predominant presence in the composition. People or animals’ case is exceptional and usually gives good results when combined with nature’s textures or details. That combination of life and potential movement or the static environment always makes an immediate visual impact. You can also play with the perspective or position of 2 objects or similar shapes that overlap each other. The important thing is that there is a protagonist to merge in the image as a fundamental principle.

That character should be a little underexposed, dark, if possible against the light; a silhouette or almost is the best to obtain good results. The fact that it is dark makes it much easier to define the shapes and colors of the image it will blend with.

The second image must be well exposed, with the appropriate amount of light to see all its details clearly; in fact, the whites or highlights of this image must be well defined to help obtain an adequate contrast when mixing them.

There must be no excess of information, elements, or colors in any of the images. This will make the fusion process easier. If any of the photos have many overlapping features or many different colors, it will make merging the photos much more difficult; if the image has a uniform pattern or texture, it will be easier to achieve double exposure.

Finally, the photographs’ orientation does not have to be the same. One can be horizontal and the other vertically. Remember that with this technique, you can let your imagination fly. This will be the key, your personal touch.

How to do a double exposure in Photoshop

The second possibility, and the one that most photographers usually do, is to get double exposure through Photoshop or any other photo editing program that allows working with layers or has a specific option to join two photos in one.

For this, you will have to take several photos, the one that will be the primary layer (for example, a person) and the one that will be the fill or secondary layer (for example, a forest), then they are merged in the software. In this much more controlled process, more precise, detailed, more impressive results can be obtained.

Now we go with the step by step in Photoshop to get the images merged quickly:

If you do not have a camera with the option of double exposure in the menu or do not handle photoshop at the necessary level to merge two images, then do them with your mobile. There are many Android and iOS, which allow you to make a double exposure. Give it a try, indeed at least you will have a lot of fun creating these images, and you will discover a new dimension of photography.